FranchiseFilming is pleased to announce the release of our fifth episode, “Thoughts on How to Be a Better Leader” featuring our own CEO Trevor Rappleye.

Anyone in the business world knows that a team is only as strong as its leader. A good leader keeps their teams inspired and organized. They motivate employees to stay focused on their goals. They boost worker satisfaction and help everyone move forward to promote company growth.

Rappleye always had an entrepreneurial spirit, but when he moved from childhood businesses into the ‘real world’ he realized he had a lot to learn about leadership. In the years he has spent building FranchiseFilming, he was taught valuable lessons. In this podcast, he passes this wisdom onto his listeners so they can come into the business world ahead.

He urges those starting out in leadership positions to get feedback from their team instead of telling them what to do. “Be a leader, not a boss,” Rappleye says. “Do not yell at your people saying ‘We’re going here’. Stand with them and say, ‘let’s go together’”.

Rappleye also stresses how important a team is to a leader saying, “Without your team, there would be no one to lead and all their tasks would be on you.” With this in mind, he urges leaders to develop their team stating it is their job to “adapt to our team. It is not our team’s job to adapt to us.”

Another point Rappleye touches on is how important it is for leaders to set a good example for their teams. “What we do is much larger than what we say,” he explains. As such, he urges leaders to own up to their errors, to be the first to arrive and the last to leave and to hit deadlines. This will make for a team that lives up to their goals.

Check out our latest FranchiseFilming webinar: The 3 Videos Your Franchise Development Team Needs In 2022

About FranchiseFilming  Founded by serial entrepreneur Trevor Rappleye, Franchise Filming is a leading, full-service video production provider that helps franchisors and suppliers across the country drive leads and win more clients with monthly videos via a VIP... 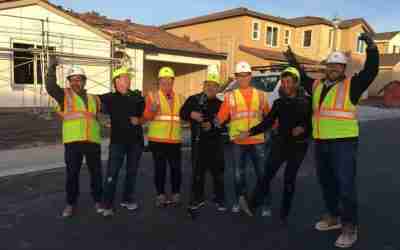 Check out our latest FranchiseFilming webinar: The 3 Videos Your Franchise Development Team Needs In 2022

About FranchiseFilming  Founded by serial entrepreneur Trevor Rappleye, Franchise Filming is a leading, full-service video production provider that helps franchisors and suppliers across the country drive leads and win more clients with monthly videos via a VIP...

By providing your email address you are agreeing to receive email communications from Franchise Filming. You can unsubscribe at any time.